We had Sean Miller and Travis Compton on the last episode of The Gravy Age to talk about The Original one shot. Let’s jump in. 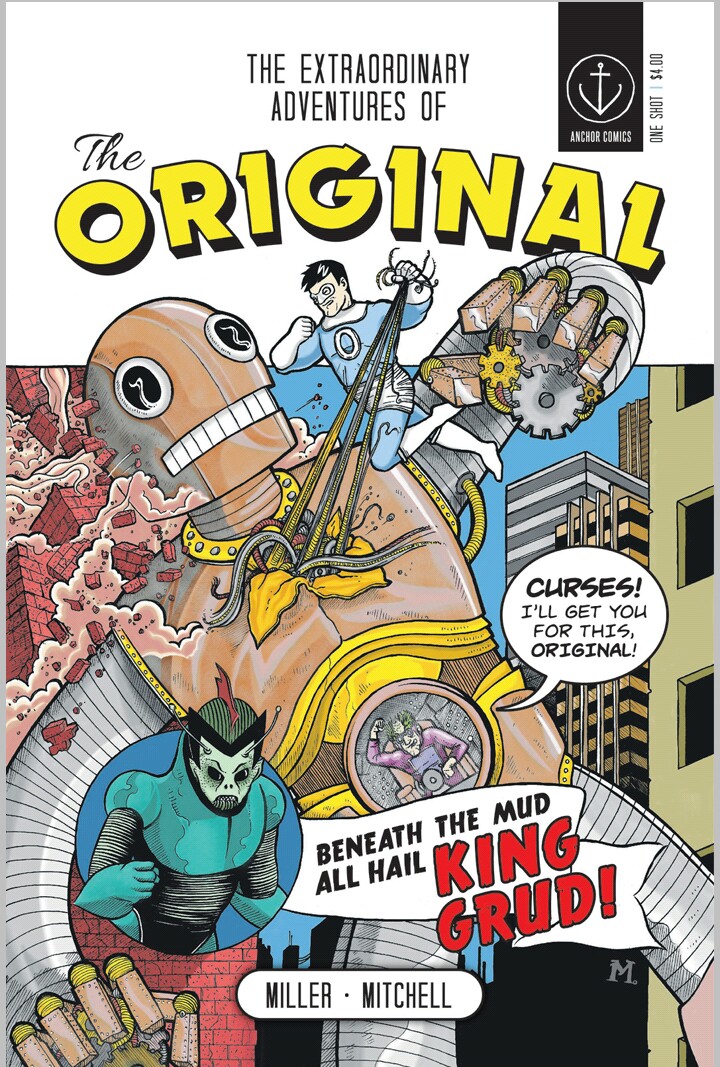 The Extraordinary Adventures Of The Original

Two issues into the main series and The Original takes a slight detour to the 1950’s to give a glimpse back at our hero in his prime. Actually stepping out of the main series works well here, allowing a look to the past and a major revelation about a character without interrupting the flow of the series, while functioning as a great stand alone story you don’t need the other books to enjoy. Art on this, from Jeff Mitchell captures the sort of Saturday morning cartoon/50’s sci-fi vibe of the story, with some of the creatures in the book being super rad. And it’s his first full comics story.  Miller’s story is very Silver Age-y and that’s not a knock on it. The Original is sort of the archetypal first hero, a man not afraid to throw down, but also able to think things through, and show compassion to an enemy. It’s refreshing and also depressing to realize that compassionate heroes are so few and far between these days, that it makes him stand out. There are some goodies at the back of the book we mentioned on the last podcast, including a kick ass drawing of The Original by none other than Paolo Rivera. Fun stuff check out Anchor Comics here

One thought on “The Extraordinary Adventures Of The Original”