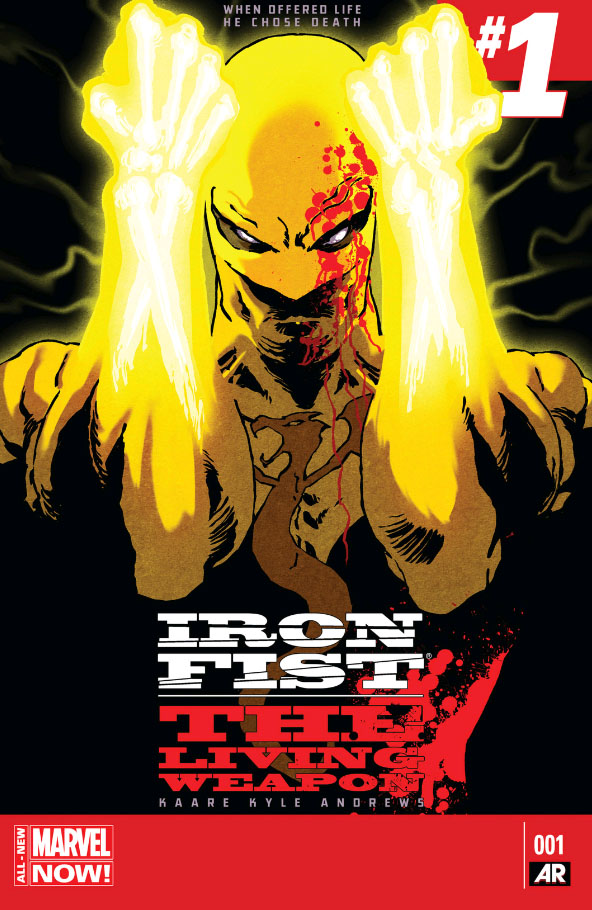 Another first issue from Marvel, this time Kaare Andrews channels his inner Steranko and writes, draws, and colors, with letters from Joe Caramagna. It’s not often you see a Big 2 book with a credits box this small, and this book feels different. Starting with Danny Rand recounting the family trip that ended in tragedy and put him on his path to becoming Iron Fist to a reporter. Danny seems lost in his own personal hell, just drifting by, even when bedding the reporter. Interspersed are more flashbacks of his fathers death, and apparent only at the end of his life, insanity. Things seem bleak for Danny, so when he leaps through the window, you are left with a great page turn. Ninjas! Tons and tons o’ ninjas dangling from helicopters. After  destroying a helicopter or two and dispatching the ninjas, he makes his way back to his bedroom, where his lady friend whose name he can never get right is in the grasp of an undead cyborg ninja. A little malfunction of his powers and he is able to take him down after getting his chi focused again. Behind him there is movement, not another ninja, but a girl, telling him to get back home to Kun Lun. 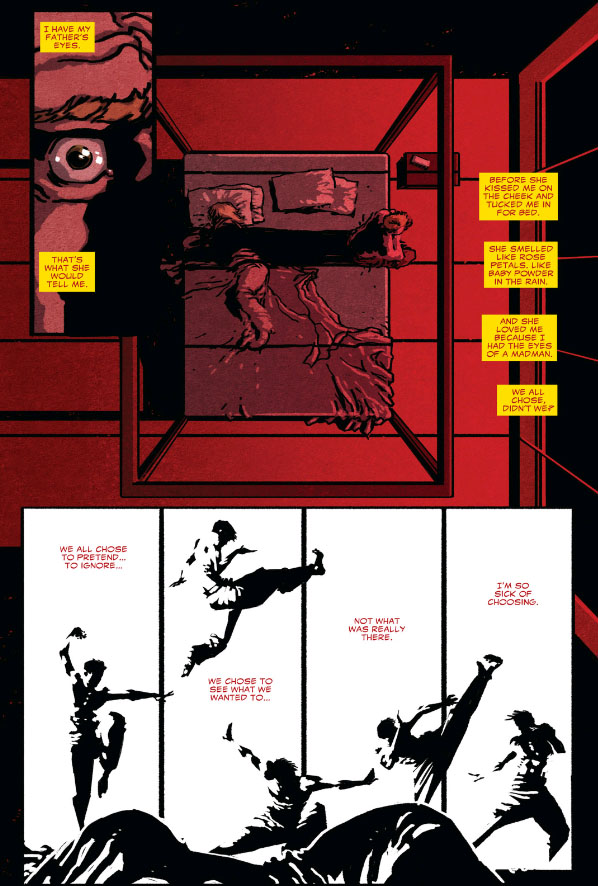 Kung Fu, and such

This book is practically a one man show, and it’s a pretty rad show at that. The art is striking, with some groovy action, and the deep reds and thick blacks of the ninja battles giving it almost a hellish feel. This is a good start for this series, Iron Fist is not a character that I am terribly familiar with, though after reading this I’m thinking about going back to that series from not too long ago, was it Immortal Iron Fist? I’m in.